ABC 7 misleadingly ties bail to the story of a man who allegedly shot at police and then was killed by police. 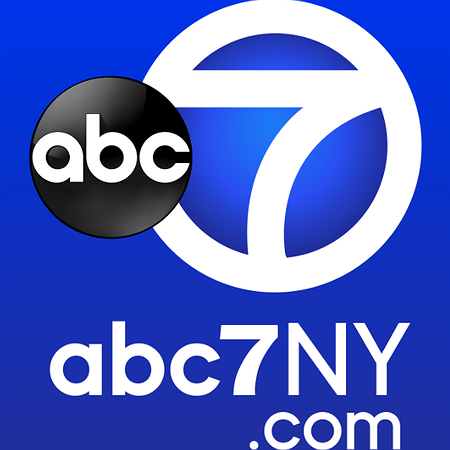 A man was killed by police after being shot multiple times and apparently falling into the Bronx River. Police say he had engaged them in gunfire prior to his shooting death, although the deceased man is the only person who was shot. ABC’s headline--"Burglary suspect who fired at police in Bronx was out on Bond"--and story highlighted the man’s bail status.

At the time of his death, the man was free after either paying bail or freed due to prosecutorial inaction with two pending violent felony cases, which are not covered at all by the bail reform law. Based on the way the story—which was sourced exclusively from law enforcement—is being shared and the reactions from readers, it is clear that the inclusion of this detail without critical context encourages the improper association between this sensationalized story and bail reform.

While the story itself avoids blaming the law directly, the impact of highlighting the man’s bail status at the time of his death—when bail is intended only to ensure return to court and not as a pre-trial sentence or pronouncement of guilt—is clear in the comments from readers, several of which decry “bail reform.”

According to publicly available information from the New York State Court System, at the time he was shot, the deceased man had previously been charged with allegations of violence and rape. Neither of the top charges of armed robbery and rape—nor a host of the other charges in these cases against the deceased man—were included in the bail reform laws. Under bail reform, judges still maintain power to set bail when a person is charged with a violent felony, and in other circumstances too, and they used that power and discretion to set high bail in both of the cases: $70,000 for the armed robbery and at $100,000 for the case involving allegations of rape. Bail set at a very high dollar amount, as here, is consistent with the treatment of these types of cases both before and after reform.

From publicly available records, the deceased man either was released after paying the high bail, likely using a bail bondsman, or was released because the prosecution was unable to present sufficient evidence before a grand jury to secure an indictment in time. Once again, his release had nothing whatsoever to do with bail reform.

Single-sourced stories from law enforcement misrepresent reforms, lack context, and serve to bolster law enforcement claims about policy. Such articles present police accounts of shootings and their interpretation of policy, or the interplay of a policy with a specific event, as fact.

It is also particularly common for initial, official department-issued versions of shootings to be incorrect. This includes in cases where police say they were, allegedly or in fact, fired at or threatened with a gun themselves—such as in the case of the police killing of Breonna Taylor, the “friendly fire” death of NYPD Detective Brian Mulkeen (who was initially reported as shot by the man he was arresting), the shooting of teenager Peter Colon by then-NYPD officer Danny Acosta, the NYPD killing of Shaheed Vassell, and others.

Notably, this article also relies on representations made by Bronx DA Darcel Clark, who was recently the subject of a Daily News article and a briefing for falsely blaming discovery reform for a failure by her office. There are simply too many instances of police and prosecutor’s misrepresentations to justify their repeated use as sources, let alone stand-alone sources used by the media, particularly when their positions are reported as fact.

Furthermore, this story uses dehumanizing language to describe some victims of violence while decrying violence against the police. For example, ABC covers the instant case as a “close call” for police while centering bail and bond policy, despite the fact that its subject is a man who was killed by police. The story focuses on cases in which police were allegedly fired at or injured by gunfire, but uses particularly disturbing language to describe the circumstances in which a child was shot. The author states that a bullet “struck” a police officer, but states that the officer shot after a bullet merely “passed through” the boy, who was described only as a “reputed gang member.” The area in which this shooting happened, which is home to New Yorkers who have a right to safety, is merely referred to as a “problematic Bronx block.”

This reduction enforces the victim-perpetrator binary in which only the police, and not people who both have contact with the police and experience violence themselves, are deserving of empathy and public policy that serves their needs.

ABC 7: Burglary suspect who fired at police in Bronx was out on bond