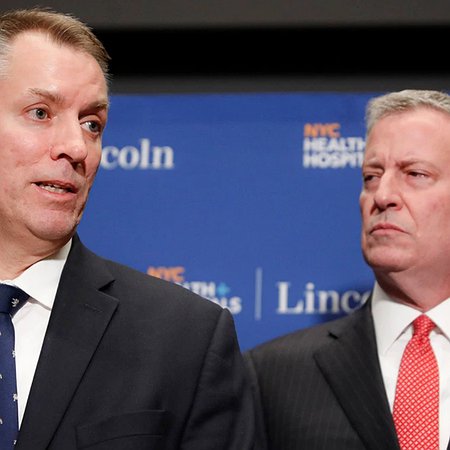 The NYPD, with the help of Mayor de Blasio, is continuing its disinformation campaign against the reforms enacted in New York State. Commissioner Shea once again stated that bail reform is to blame for the NYPD’s claimed rise in certain crimes, and the Mayor has denounced public defender organizations that have questioned the veracity of the NYPD’s data. These falsehoods epitomize negative fearmongering.

Public defender organizations have released a joint statement demonstrating that the NYPD’s crime statistics simply do not match the number or types of cases being prosecuted. The police, who alone control arrests, arrest charges, and reporting, may charge a person with a certain crime but then a prosecutor may downgrade or even decline to prosecute because the charges cannot be substantiated by the allegations. However, the original arrest charges are still reported as part of the NYPD’s data.

Despite the statistical backing of the public defenders’ statement and the NYPD’s demonstrated history of crime data manipulation, Mayor de Blasio told WNYC’s Brian Lehrer that “public defenders should be ashamed of themselves” for questioning the NYPD’s claims.

Statistics have simply not borne out the doomsday predictions that pro-police groups have been making about the implementation of discovery and bail reforms. What has in fact happened is that prosecutors and police are being asked to share evidence the way other states have long required, while people without financial means are experiencing the same rights extended to the wealthy pre-trial. Reform is working, and the real shame here is that the Mayor, the police, and prosecutors want to roll it back.

The impact of misclassifying arrest charges has been noted before, and not just by defenders. In 2013, the NYPD asked three prosecutors to review their data from CompStat, their data collection system. The prosecutors issued a report stating, "[A] close review of the NYPD’s statistics and analysis demonstrate that the misclassifications of reports may have an appreciable effect on certain reported crime rates.” Notably, rape and murder numbers are down, but crimes noted in the report as most likely to be overcharged at arrest and then downgraded – property and theft crimes – are those cited by the NYPD as rising.

In an interview with Gothamist, former NYPD captain and criminologist Professor John Eterno agreed that the NYPD’s numbers seem suspicious. He noted that the NYPD has previously been found to underreport or downgrade crimes when they are being scrutinized for failing to provide adequate enforcement. With regards to bail reform, he said, “[T]hey're looking to put political pressure on Albany to make it look a little worse than it is, because they want to blame the bail reform act."

“The New York City Police Department claims that grand theft auto complaints have skyrocketed almost 65% in 2020 compared to the same period in 2019, and that arrests have increased as well. Our collective caseload, however, shows an actual decrease of 9%.

The only way to reconcile this is to conclude that the NYPD's repeated claims of rising crime are a story of their own making. It's clear proof that the NYPD has been up-charging, and that when these cases make it to a district attorney, prosecutors reject the charges that the NYPD are touting because they know they cannot stand up to even the most cursory legal scrutiny.

News outlets can no longer accept the narrative from the NYPD that crime has increased. Reporters should demand answers from the NYPD concerning these major discrepancies and what is motivating them.”