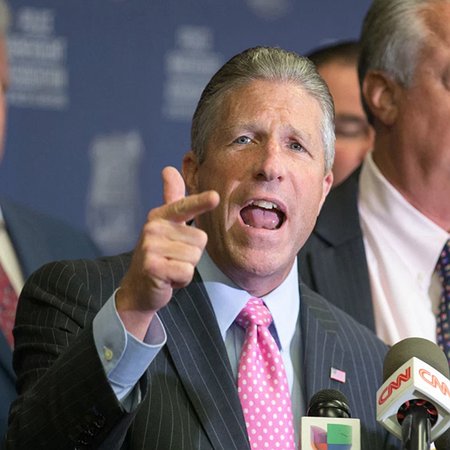 In the ad, PBA President Pat Lynch talks about Robert Williams, a man who served time in prison before being released on parole. While on parole in 2016, he was arrested on suspicion of driving while intoxicated and resisting arrest and was ultimately released to continue supervision by parole. Four years later, in February 2020, Williams was accused of two separate shooting incidents with police in a span of 12 hours. He was apprehended and is currently remanded in jail pending trial. Importantly, it is clear that the criminal legal system has repeatedly failed to address Mr. Williams’ underlying issues or traumas.

The ad attempts to tie these incidents to the “pro-criminal agenda” of criminal justice reform. However, none of these cases are in any way connected to reforms, either those implemented in 2020 or previously. Parole matters remain unaffected by bail reform, and attempted murder as well as assaulting a police officer have always been bail and remand eligible charges. This, of course, does not stop Lynch from lying to the public.

Pat Lynch has a long history of racist, anti-reform, and fearmongering rhetoric. Known for calling people facing criminal allegations “mutts" as well as blaming police chokehold victim Eric Garner for his own death, Lynch has long railed against any and all attempts at a fairer and more transparent system. This ad is yet another example of the concerted disinformation campaign being waged by the police against the modest criminal justice reforms passed by New York State.

Link here to the PBA’s radio ad on YouTube.