"The Tragic death of Mr. Maldonado is, unequivocally, not the result of the new discovery laws." 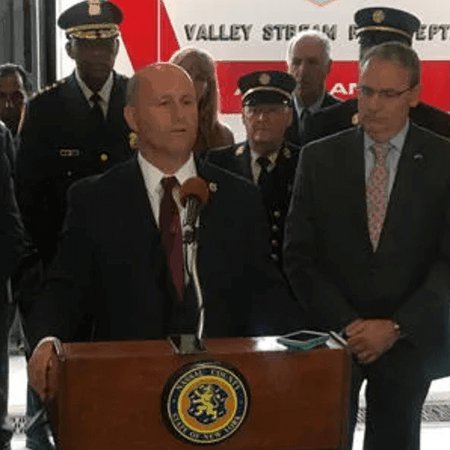 The Nassau County Police Department attempted to falsely connect a man's tragic death to criminal justice reform and was later forced to issue a correction acknowledging that no direct link existed. After initially blaming reform for this tragedy and calling for a rollback of the law, Nassau County Police Commissioner Patrick Ryder later admitted that there is "no direct link between the death of Wilmer Maldonado Rodriguez and criminal justice reform." However, many media sources had already run with the anti-reform narrativeonce again relying only on police sources in their reporting. Social media accounts for both the Nassau County Police and State GOP officials remain uncorrected regarding this case and posts promoting disinformation are still being shared. This is yet another clear illustration of the hazards of relying on police and other pro-carceral groups for single-source reporting on criminal justice reform.

Wilmer Maldonado Rodriguez was reportedly found murdered near an abandoned home in Nassau County on February 2. According to police, Mr. Maldonado Rodriguez was a complaining witness in a 2018 case alleged to involve MS-13 members. All suspects in that matter are currently incarcerated. No arrests have been made and no suspects have been named in his death. However, Nassau County Police and anti-reform officials immediately attempted to tie this case to criminal justice reform, specifically discovery laws, in an effort to undermine the law and deflect blame for Mr. Maldonado Rodriguez's death.

Despite apparent concerns for witness safety, he was not receiving any protection from police and was unhoused at the time of his murder. People without housing are victims of violent crime at a far higher rate than people with stable housing.

All judicial decisions regarding witness information in this case were rendered in 2019 prior to discovery implementation. Furthermore, police falsely stated that discovery law requires the unsealing of witness information before a trial. Current law allows protective orders to shield witness identities when prosecutors indicate that safety concerns exist for those witnesses, specifically including in cases involving substantiate allegations of gang membership. In fact, changes to the discovery statute include more grounds for protective orders than previously existed. The discovery reforms implemented in 2020 simply brought New York into step with nationwide discovery practices, despite repeated attempts by pro-carceral groups to paint the reforms as radical. There is also no evidence tying Mr. Maldonado Rodriguez's death to any disclosure made to defense counsel or to the 2018 case at all, and attorneys adamantly deny sharing any information regarding Mr. Maldonado Rodriguez with their clients.

After experts contacted Newsday and other reporters about the flagrant lies by the Nassau County Police Commissioner Patrick Ryder and District Attorney Madeline Singas,falsely linking a tragic death to discovery reform, the officials have retracted. "There was no direct correlation."

The tragic death of Mr. Maldonado is, unequivocally, not the result of the new discovery laws. It is extremely disturbing that law enforcement officials are exploiting this murder to try to discredit the discovery laws, which after decades of wrongful convictions have finally been amended to match those of the rest of the country. Under the pre-existing and current discovery laws, judges have a great deal of discretion and authority to order a variety of protective measures, including not disclosing witness information, not providing contact information for witnesses or any other remedy deemed appropriate. These statements by law enforcement are again another attempt to use lies and misrepresentations to create the illusion that the new laws are a danger to public safety.

Background: All materials are subject to withholding by protective order if any factor outweighs the usefulness of the discovery. This is completely at the judge's discretion, and district attorneys can specifically request protective orders in cases involving gang violence. This approach has been used nationwide for decades. Nothing in the new discovery law required the judge to lift or change the protective order that had been in place in this case. The law only added more grounds for a protective order in CPL 245.70, effective 1/1/20.

New York's discovery laws are the same as laws around the country and contain a multitude of protections for victims and witnesses.

On Tuesday evening Nassau County District Attorney Madeline Singas and Nassau County Police Commissioner Patrick Ryder attempted to intentionally link a horrific tragedy -- the death of Wilmer Maldanado Rodriguez -- to recently enacted criminal justice reform, only to retract this correlation after pressure given the egregious falsity of their claim.

Early coverage of the incident in both Newsday and the New York Times repeated false information from law enforcement connecting the death to reforms only to later update the stories after readers alerted them to the obvious untruths they were publishing.

Today we condemn law enforcement's intentional campaign of fear and misinformation as well as the activities of the New York State GOP which has sought every opportunity to exploit tragedy for their own political gain with a total disregard for the facts. This cynical approach has been effective because media outlets continue to simply report what law enforcement says without any scrutiny at all. This has led to a tremendous amount of disinformation being disseminated through the media targeting in particular, recently enacted criminal justice reforms.

We are calling on every media outlet in New York State to immediately cease single-source reporting on any criminal justice issue when that source is law enforcement. Law enforcement have shown over and over again that they will intentionally mislead the media and the public to serve their own political interests and power.

Despite the retractions from law enforcement officials, the social media accounts of the Nassau County Police Department and Senate Republicans continue to display statements about Rodriguez's death that they know are untrue.

This incident falls within an on-going pattern of deceit from law enforcement, which is grossly misleading the media, legislators and the public routinely in an effort to stoke fear around bail reform in hopes of parlaying that to political gains at the ballot box this fall.

Link here for NY Post coverage falsely blaming criminal justice reform for Tiffany Harris' release when she was committed in a hospital, Gerod Woodberry's release when he could have been held on bail under the new statute, and prosecutors being "unable to press charges" due to discovery obligations.