The Murder of Christina Yuna Lee Highlights Many Systemic Issues

“The police aren’t effective in keeping us safe. They’ve never done a good job of preventing crime of any sort,” Choimorrow said. “You need to address the broken systemic issues in our country around mental health, around economic gaps, around racial justice.” 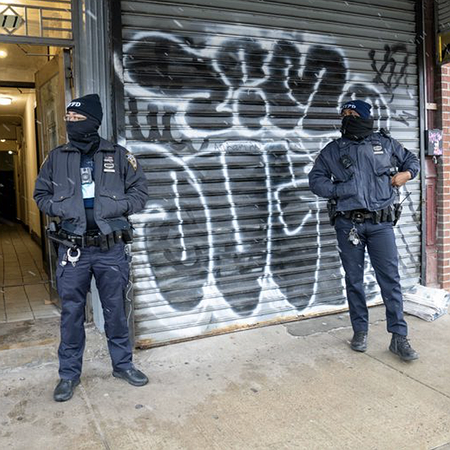 Christina Yuna Lee, a producer and beloved New York neighbor, was brutally killed earlier this month in Chinatown by a stranger who followed her into her apartment building. This gruesome murder— and the targeting of Asian American and Pacific Islander (AAPI) New Yorkers, specifically women, more broadly— necessitates the urgent attention of all New York leaders and lawmakers.

However, conversations about how to ensure public safety have once again been waylaid by officials and others who insist on scapegoating bail reform and mere proposals to reduce incarceration.

As correctly identified in the New York Daily News by Molly Crane-Newman, Ellen Moynihan and Collin McShane, “Neither bail reform laws nor Manhattan District Attorney Alvin Bragg’s progressive prosecution policies factored into his freedom at the time of the nightmarish stabbing.”

It is no mystery where this misinformation is coming from. This tragic case is just the most recent of a disturbing pattern of officials using grief and outrage to tie tragedies to reforms and other modest changes in the justice system. These tactics aren’t just cynical, they are also a distraction from true public safety initiatives. AAPI community leaders such as Chung Seto underscored the real problem: the failure to invest in Chinatown and the neglect of AAPI communities.

Instead of weaponizing this and other horrific events for an anti-reform agenda, leaders should be focusing on the identifiable issues that drive harm. After this tragedy, Sung Yeon Choimorrow, executive director of the National Asian Pacific American Women’s Forum, said, “The police aren’t effective in keeping us safe. They’ve never done a good job of preventing crime of any sort. You need to address the broken systemic issues in our country around mental health, around economic gaps, around racial justice.”

In a statement on Twitter, Joo-Hyun Kang, a New York City organizer and former Executive Director of Communities United for Police Reform, spoke out against the weaponization of this tragedy by opponents of bail reform: “I want an end to killings, brutalizing & disrespect of Asian women, elders & others, so I think we need to reject wrong analysis/fake solutions… I’m so angry at misinformation flooding communities. Fake solutions like rolling back bail reform & failed solutions like more $ for cops won’t prevent more anti-Asian or misogynist violence – it guarantees violence continues. We deserve to end violence.”

This violence is real. We need to follow the evidence, which clearly points toward fixing broken safety nets to prevent violence from happening in the first place.

Pinning this tragedy on bail reform is a misguided distraction rather than a move toward public safety for everyone. Bail could have been set in the prior open cases of the person accused.

Leaders, including NYC Mayor Eric Adams, are using the tragic killing to call for judges to consider what they feel is a person’s “dangerousness” in order to decide to cage them without any possibility of release until the end of their case. Adams and others are trying to downplay this change as “bail reform rollbacks” or a mere “amendment” to law. But the Mayor, police, and lawmakers are not actually seeking a return to pre-2020 practices, when people accused of misdemeanors would still have been released pretrial in recognition of their presumption of innocence even though bail was allowed to be set. Rather, they are calling for a historic change to New York law: the power to indefinitely and automatically incarcerate every New Yorker accused but presumed innocent of a crime, no matter the level of seriousness.

To put into perspective what this would mean: data shows that to prevent a single post-release arrest for a charge classified as violent, roughly 100 people accused of the low-level offenses impacted by bail reform would need to remain incarcerated (see here for the original data source).

The right to be free from a life sentence while presumed innocent is not a novel idea. Prior to 2020, a person facing low-level misdemeanor charges could be provided a desk appearance ticket for a future date, arrested and released at arraignments, or have nominal bail set. Even if a person were unable to pay their bail, their time spent incarcerated would be limited by post-conviction sentencing duration guidelines, which would be a matter of months at most for a misdemeanor charge. During this time, they would not receive adequate—if any—mental healthcare or resources. This is all true in most jurisdictions in the country, regardless of their specific bail laws. The only system where a person charged in fall 2021 with a misdemeanor would surely be incarcerated in February 2022 is one that detains them indefinitely upon arrest for a period well beyond what the charges—even at a post-conviction sentencing or resulting from a non-lenient plea agreement—would generally demand.

Right now, police, prosecutors, and right-wing Republicans are pushing to change the bail law to allow, for the first time ever, judges to attempt to predict someone's future dangerousness as a reason to cage them pre-trial without any chance of release. This is a dangerous proposition.

Since the 1970s, New York voters have intentionally and importantly decided to prohibit judges from jailing someone for months or even years because of a prediction of whether someone is dangerous based on nothing more than a judge’s suspicion. Though there are tools employed to help judges assess “dangerousness,” they are based on decades of racist data. For example, because Black and brown people are more likely to be unjustly stopped by police and arrested, they are more likely to appear in databases that contribute to risk assessments.

Even with the new bail law, we have seen what judges will do when given any power to detain people. Judges have recently used their remaining broad discretion to set bail to dramatically increase the number of cases they set bail on from the broad range of still bail-eligible cases. In New York City, this has resulted in a sharp increase in the number of people being sent to and held on Rikers Island, where conditions are deadly, amidst a pandemic that is still raging behind bars.

People who are experiencing mental illness, as the person accused of murder in this case is thought to have been, do not receive the treatment that they need in jail or prison. Many individuals experiencing mental illness, particularly Black and brown New Yorkers who are also unhoused, are continuously failed well before they fall into a cycle of incarceration and criminalization. Public safety for everyone means investing in and building out these programs, not relying on failed policies that do not prevent harm.

When a high-profile crime occurs that is likely to have been committed by a person experiencing mental illness, the response should be to increase healthcare and meaningful access to services and resources. Unfortunately, the response is all-too-often to make sweeping generalizations about the need to incarcerate or otherwise incapacitate people who exhibit symptoms of mental illness whenever they come into contact with police.

Sung Yeon Choimorrow, executive director of the National Asian Pacific American Women’s Forum, identified this issue: When a tragedy such as Christina Yuna Lee’s murder occurs, “[The media says,] ‘Let’s dig into the past of the perpetrator. Oh, he had mental illnesses, he had misdemeanors.’ It’s like finding a way to rationalize why that person did what they did, instead of looking at the system and saying, ‘What the hell is wrong with this city or this country that Asian American women are scared to leave their homes?’”

Mental Health and the DOC

The Department of Corrections is currently in violation of a court order which mandates basic healthcare access for incarcerated people after they were shown to have violated the constitution and the human rights  of people in their custody. The case was brought by public defenders on behalf of people who had not received adequate healthcare during the COVID-19 crisis, but the problem far predates COVID. NYC has been renowned for its cruelty to the physically sick and people experiencing mental health issues. In 1999, people experiencing mental illness in custody sued the Department of Corrections its regular practice of releasing people with acute mental illness from jail at the end of their incarceration in the middle of the night with no resources and only $1.50 for a bus ride. The case was Brad H. v. City of New York and individuals who have a mental health diagnosis are now labeled “BRAD-H” by the DOC. Yet since Brad H, the DOC has repeatedly refused to comply with even the most basic requirements to at least provide a discharge plan and mental health referrals for people in their custody. They have been repeatedly sued in failed attempts to bring them into even minimal compliance with these orders, most recently in 2021. Litigation is ongoing.

Roughly half of all incarcerated people in DOC custody are designated as BRAD-H. Even more suffer from undiagnosed mental illnesses, and these issues often become worse while they are neglected, traumatized, and stigmatized through incarceration before leaving jail, which, by nature and purpose of jail, everyone does at some point in one way or another.