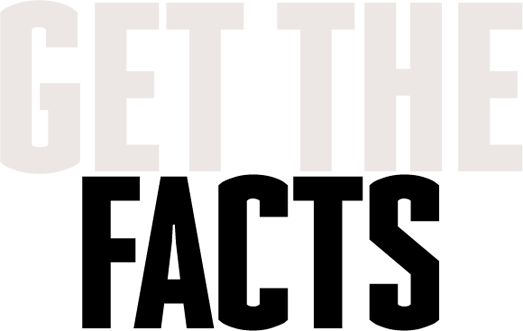 Get the facts about Pretrial Justice Reforms.

Across the country, attacks on pretrial justice reforms have been fueled by misinformation and false narratives. A closer look at the data tells a very different story, one where the presumption of innocence has been restored and thousands have gained pretrial freedom while keeping communities safe.

In 2017, Cook County Circuit Court Chief Judge Timothy Evans issued General Order 18.8a which required judges to only set monetary bonds in an amount that people could afford. This reform allowed thousands more people accused of crimes to await trial in their communities. Cook County saw no corresponding increases in pretrial rearrests among people awaiting trial charges including allegations of violence. Though often publicly conflated, this 2017 order is separate from the Pretrial Fairness Act, passed in 2021, which has been only partially implemented and the effects of which have yet to be seen.

++Decrease in Rearrests on Charges of Violence
Bond reform led to a decrease in the percent of people rearrested on charges involving allegations of violence. (JFA Institute)

++No Effect on Violent Crime
General Order 18.8A had no effect on the odds of new violent criminal activity of defendants released pretrial. (Loyola University)

In 2017, New Jersey dramatically reduced its use of money bail and mandated that any money bails set be affordable. Now, instead of a wealth-based system, a judge must find by clear and convincing evidence that no set of pretrial release conditions could assure the safety of the public or ensure the defendant’s appearance in court before ordering someone detained pretrial.

++High rates of appearance in court

90% of people released pretrial in 2018 appeared for their court dates. (NJ Courts)

Washington DC eliminated virtually all money bail in 1992 and has been operating a non-monetary system for 30 years. Most accused people (85%) are released immediately after arrest; other accused people (15%) can be detained for a period of not more than five days upon arrest and are then entitled to a hearing on whether conditions of release exist that would reasonably assure their appearance in court and public safety.

Washington DC jails only about 6% of people who move through its pretrial system for more than 5 days. (Pretrial Services Agency)

91% of people released pretrial in DC appeared for their court dates in 2020. (Pretrial Services Agency)

88% of people released pretrial in 2020 were not re-arrested for any crime. (Pretrial Services Agency)

85% of people released pretrial remained released through the resolution of their case without any re-arrest or revocation for technical violations. (Pretrial Services Agency)

In 2017, New Mexico adopted a constitutional amendment that ended the use of unaffordable money bail and created a detention system based on risk to “the safety any other person or the community” for felonies. This replaced a system that relied on fixed bond schedules for various charges, which were set regardless of a person’s ability to pay and engendered reliance on for-profit bail bonds companies.

Crime rates throughout New Mexico continued to fall throughout 2017 and 2018 after reforms went into effect in 2016. (New Mexico Legislature)

A study found that 82% of all people released pretrial in 2019 appeared for all their court dates. (New Mexico Courts)

A study found that 83% of all people released in 2019 were not re-arrested for any crime while their cases were pending. (New Mexico Courts)

Only 1% of people released pretrial in 2019 were re-arrested for serious violent crimes (the highest level of felony: murder, rape, armed robbery, kidnapping, arson). Most re-arrests were for non-serious charges: 52% for the lowest level of felony and 33% for misdemeanors and petty offenses. (New Mexico Courts)

Since the passage of historic bail reform in 2019, nearly 200,000 more New Yorkers have been free to fight their case while presumed innocent. Home with their families. In their jobs. Going to school. With a roof over their heads. Just like the wealthy. New York taxpayers have saved hundreds of millions. And the data is clear: Bail reform has led to no increase in crime.

183,000 people have been spared any chance of the trauma, destabilization, and deadly conditions of pre-trial incarceration. (NYCourts.gov)

Over 97% of those released were NOT rearrested for a violent felony. (NY Criminal Justice Agency)

++A tiny percentage of people released pretrial were rearrested on gun charges.

99% of people released to fight their case while free were NOT rearrested for a charge involving a gun. (NY Criminal Justice Agency)