The authors of both the resolution and this article clearly misunderstand—or are misrepresenting—the previous language and intent of New York’s bail statute and discovery reforms. 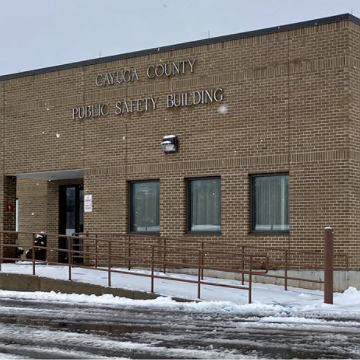 The Cayuga County Legislature passed a resolution — based on a misunderstanding of New York law — calling upon the state to roll back its bail and discovery reforms. The Auburn Citizen reported on the resolution shortly after its passage in a way that similarly misrepresented the content and purpose of the New York law.

Resolution: According to The Auburn Citizen, “The resolution said that under the bail reform laws, local criminal court judges were no longer able to have discretion in setting bail ‘for many specific enumerated crimes, which means those suspected of committing these crimes can no longer be held in jail after their arrest,’ regardless of factors such as the strength of the case against the defendant.”

The Truth:  While it is true that certain misdemeanors and low-level charges are no longer eligible for bail in certain cases, these charges are limited to those for which a wealthy person would not have been subjected to incarceration even prior to 2020.

The charges that are no longer eligible for bail are certain misdemeanors and non-violent-classified felonies. Prior to bail reform, these were generally not those serious cases for which extremely high bail or even remand would be ordered. Rather, if a person charged with one of these low-level offenses were not immediately released, a judge might set relatively low bail when compared to bail in serious cases. These smaller bail amounts are sometimes called “nuisance bail” because judges believe they reflect the non-serious nature of the offense, but the term belies the true impact of cash bail. People without financial means would still be unable to pay “nuisance bail” amounts such as $250 or $500. Poor people were—and still are, if their cases are bail eligible—routinely held on relatively low bail amounts that are tantamount to remand due to their inability to pay. This is not the case for people with financial means. It is simply unheard of for a wealthy person to spend months or years in pre-trial detention for unproven allegations in low-level cases; even in serious cases, the wealthy often post bond and remain free pre-trial.

When lawmakers call for a return to pre-reform practice, they are simply calling for the incarceration of more poor people who cannot pay cash bail in misdemeanor and non-violent-classified felony cases. As discussed below, the authors of the resolution also misidentify the way that certain factors were intended to be utilized in pre-reform bail laws.

Resolution: According to The Auburn Citizen, “The criminal justice reform amendments in the resolution include restoring local judges' discretion to set bail in a way that considers all of the relevant elements in a given case, ‘not just the risk of flight by the accused.’”

The Truth: This not only reveals a misunderstanding of bail law on the part of the legislators but the reporter of this piece. The authors of both the resolution and this article clearly misunderstand—or are misrepresenting—the previous language and intent of New York’s bail statute. The purpose of bail in New York has always been to ensure that a person returns to court. The factors they identify, such as “strength of a case,” were only ever intended as guidance for judges seeking to determine whether a person posed a risk of flight; they did not provide an independent basis for detention. These factors specifically were often cited by defense attorneys during bail arguments as weighing in favor of release. Moreover, judges continue to use their discretion to consider multiple factors when deciding whether bail should be set in any bail-eligible case. To the extent there is confusion about the prior law’s language, it only confirms that reform was needed to make the law less ambiguous. Bail reform did not change the purpose of bail in New York.

Furthermore,  “dangerousness” has never been a standard for setting bail in New York, and the state definitively declined to adopt it in the 1970s—and for good reason. Allowing a judge’s (or algorithm’s) prediction of “dangerousness” to serve as a basis for holding someone in jail while they are presumed innocent has clearly yielded racist results based on data from jurisdictions that allow this practice. Further, data shows no connection between bail reform and crime. For instance, 98% of people who are free pre-trial are not arrested for any violent felony charge. Even fewer are rearrested for crimes that involve any gun. As such, a determination of “dangerousness” would serve no legitimate public safety purpose, but would only increase the number of Black and brown New Yorkers who are jailed while presumed innocent.

The Truth: This is a familiar refrain from New York prosecutors—and it’s false. New York lawmakers passed discovery reform to bring the state in line with the rest of the country in requiring prosecutors to share the information within their possession in a timely manner with people accused of crimes so that they and their attorney can make informed decisions and thoroughly prepare their case with all available information. This helped make New York law and practices more fair and just. Discovery reform ensures transparency and the protection of constitutional rights.

Prior to reform, the practice of delayed discovery by prosecutors prevented New Yorkers accused of crimes from getting an effective defense, interfered with their ability to prepare for court proceedings, and undermined their constitutional right to a speedy trial. Significant delays led to prolonged pretrial incarceration and made it more likely that a person would plead guilty out of desperation without knowing what evidence, if any, the prosecution had against them. Nearly every guilty plea prior to reform was entered without the person having the opportunity to review critical information in their case. Discovery reform put an end to this practice.

In this resolution, the Cayuga County Legislature reveals a deep misunderstanding of the purpose of bail and the impact of bail and discovery reform.