The Chicago Tribune published an opinion piece from Illinois State's Attorneys that blamed recent crime spikes on the Pretrial Fairness Act provisions of the SAFE-T Act, which has largely not yet taken effect, and erroneously claimed that it requires the release of all accused people while awaiting trial. 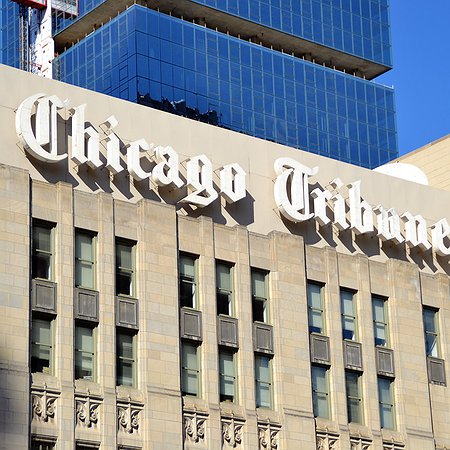 The Chicago Tribune published an opinion piece from Illinois State's Attorneys that contained patently false information about the Pretrial Fairness Act provisions of the SAFE-T Act. The opinion piece blamed recent crime spikes on the legislation, which has largely not yet taken effect, and erroneously claimed that it requires the release of all accused people while awaiting trial.

Publishing this piece without any corrections of the false information instills fear in people and causes them to resist policies they might otherwise support if given factual information. The implications of this amplification of misinformation are substantial given the thousands of people who will be impacted by the reforms in the Pretrial Fairness Act.

Fortunately, the State’s Attorneys’ op-ed was fact-checked in a letter to the editor by Mallory Littlejohn, a victim’s rights attorney and legal director of the Chicago Alliance Against Sexual Exploitation (CAASE). In her letter, Ms. Littlejohn described how someone accused of raping her client paid a money bond and then fled. The client could not make a safety plan because the court did not notify her of the suspect’s release. Ms. Littlejohn explained why the Pretrial Fairness Act would likely have resulted in that person’s detention and a much different experience for her client.

In reality, the Pretrial Fairness Act passed with broad support from advocacy organizations working against domestic and sexual violence across the state. This historic partnership between advocates for criminal legal system reform and advocates against gender-based violence occurred because survivors know that a system without money bail will serve victims more successfully than the current system. Despite the fact that experts on survivor safety support the Pretrial Fairness Act, the media has often uncritically printed statements by opponents of the Pretrial Fairness Act claiming that victims will be less safe under the new law—notably without any comment from the advocates who worked on the legislation.

The Pretrial Fairness Act will not result in the simple release of every person arrested. Instead, it focuses court resources on serious cases and cases involving allegations of violence. This ensures that a judge considers each person’s circumstances and the allegations against them before deciding to jail them or impose conditions on their release as part of a comprehensive, individualized hearing. It is an overdue change from the current practice of releasing people who can pay bond with minimal regard for the safety of survivors of domestic and sexual violence.

Survivors will also have more opportunity to provide input about what safety looks like for them in the pretrial process. First, police will no longer have the discretion to release people accused of domestic violence without sending them before a judge. In addition, prosecutors may use the new timeframe in which detention hearings for domestic violence offenses and sex crimes occur (24-to-48 hours after an initial appearance in court) to contact victims, work with them to develop safety plans, and identify measures that need to be put in place to protect them. Survivors will also be notified if and when the person who harmed them is released and will have the ability to request protective orders (Orders of Protection, Civil No-Contact Orders, or Stalking No-Contact Orders) at every court date.

Under the current system, survivors of domestic violence also face pressures to pay bonds for people who have harmed them and may pose a threat to their safety because, by nature, these are usually family members or romantic partners. By ending money bond, the Pretrial Fairness Act ensures that survivors will no longer be pressured to bond anyone out of jail.