"No sound, rational and fair criminal justice system requires pretrial release of those who demonstrate such determination to continuously commit serious crimes." 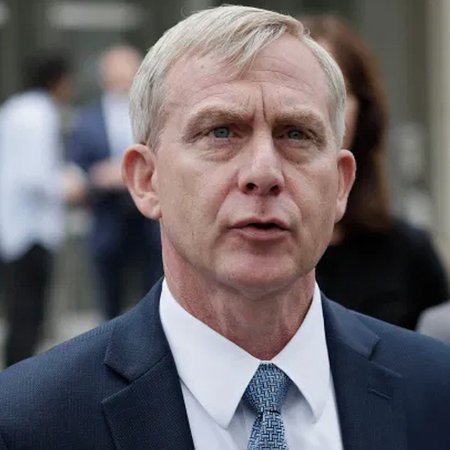 Gerod Woodberry was accused of stealing from several banks. The non-violent incidents involved no weapons or threats of violence but rather a note passed to a teller stating “this is a robbery.” He voluntarily surrendered himself to the NYPD.

A Trump-appointed U.S. Attorney took over the case and falsely suggested the new bail law required Mr. Woodberry’s release after multiple arrests. However, this was merely another example of an opportunistic and dishonest attack on bail reform, this time using federal resources to undermine laws passed by New York State. Under the current statute, Mr. Woodberry was eligible to have bail set when he charged with a felony, including a non-violent felony, while released on a pending felony case.

Similarly, NYS Senator Michael Gianaris of Queens said, “There is a tremendous amount of manipulation and demagoguery going on by those who don’t want to see the days of mass incarceration come to an end. There is at best a misunderstanding, and at worst an intentional misrepresentation, of what the new law requires.”

Under the new bail laws, which we drafted after years of deliberation and consultation with all stakeholders, including prosecutors and law enforcement, anyone re-arrested on a felony charge, like Mr. Woodberry, is eligible for bail. In this case, involvement by the U.S. Attorney is an opportunistic ploy from those who have a political agenda to undo our historic reforms, not a matter of policy. The alleged crimes here do not involve any acts of violence, or any weapons, or even any threat of violence. If the U.S. Attorney wants to involve himself in this matter, that is his prerogative, but the facts of these cases are what they are.

The recent implementation of historic bail reform laws in New York has reunited countless families across our state, allowing people to safely return to their homes, work, and school while they address the charges against them, which has always been the reality for people who can afford bail. This is the true and daily story of bail reform - one that has not gotten the attention it deserves.

U.S. Attorney Donoghue’s comments suggesting that this improved fairness could ‘dismantle’ the criminal justice system exposes the old guard’s appalling belief that justice means subjecting a person to the extreme punishment of jail before a fair trial. We urge our colleagues in government to ignore Donoghue, a Trump appointee whose views run afoul New York’s progressive ideals. He is, after all, parroting the views of his boss who has shown time and time again that the plight of poor Black and Brown people is not his burden to bear.

The U.S. Attorney’s supposed role is to uphold justice, not perpetuate falsehoods in service of returning to a racist and broken bail system, as Donoghue does in his recent comments. New York is stronger when we invest in resources to support people—like housing and education—which actually address the root drivers of crime. We’re at a pivotal moment in the fight for a more fair and just system, facing a coordinated fear and misinformation campaign by bail reform opponents that aims to rollback our state’s progress. We will not go back.

Link here to coverage of a man accused of several small-time bank robberies.