The article frames Gov. Hochul as “still” supporting bail reform “despite” the deaths of the police officers, intentionally misleading their audience. 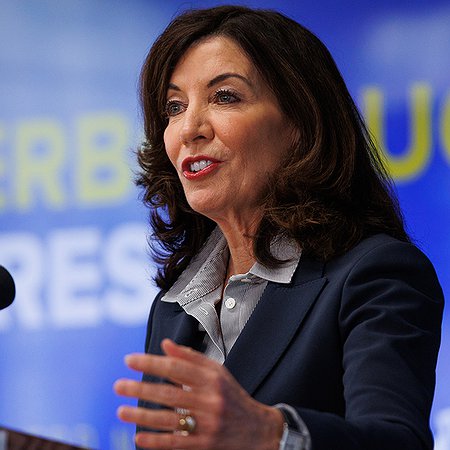 In response to NYC Mayor Eric Adams’ false attempts to tie bail and discovery to crime and calls to amend the laws, Governor Kathy Hochul stated that she does not believe the reforms need to be rolled back. Fox News, following the lead of officials like Mayor Adams, falsely connected these pre-trial reforms to the recent shooting deaths of two NYPD officers to spread fear and misinformation around the laws. These reforms are in no way implicated in this tragic incident.

The man who killed NYPD Officers Jason Rivera and Wilbert Mora was not out on bail or bond at the time, had no open cases, had not been involved in the criminal legal system for 19 years, and was experiencing an acute mental health crisis. His mother called 911 for assistance while her son was experiencing a psychological break. She now states that she regrets having called for help.

The article frames Gov. Hochul as “still” supporting bail reform “despite” the deaths of the police officers, intentionally misleading the audience to think bail reform is to blame for the tragic incident. The coverage further discusses the increase in shooting incidents generally while tying these cases to bail reform, a position that has been thoroughly discredited. Police officials and other opponents of bail reform have been falsely attempting to tie bail reform to murder rates since 2019, and continue to exploit tragic but unrelated deaths to this end.

The article, like many others, capitalizes on legitimate concerns about gun violence by falsely shifting attention and blame to bail reform when, in fact, bail reform has never exempted gun possession from bail eligibility.

Gun possession, despite repeated misinformation around this issue, is a charge where bail can be set, just as prior to reform. Prosecutors charge anyone in possession of a “loaded firearm” (“loaded” in the context of New York State law requiring only that bullets are nearby) with Criminal Possession of a Weapon in the Second Degree, which is classified as a C violent felony despite no allegation that the gun was ever fired, brandished, or used in the commission of a crime. Any of these additional factual allegations enhance the top charge to a more serious felony (B or A) and create additional criminal charges.

Not only can prosecutors levy this charge against anyone accused of carrying a gun, but they do—and bail is in fact set when this happens. Having this offense as a top charge, meaning it was alleged to be possessed only and not used to commit a crime even according to prosecutors, remains one of the primary reasons that people are currently detained in deplorable and deteriorating conditions on Rikers Island, in City jails, and elsewhere throughout the State.

Calling for additional and even automatic jailing of a person accused of carrying a gun will only undermine existing rights and further cement the inequities around these prosecutions. According to New York City’s Open Source Data from the Department of Corrections, on the day this false article was released, 95% of the people held in jail on this charge were non-white.