Some public officials claimed that after the Pretrial Fairness Act’s implementation in January 2023, all individuals charged with murder who are currently being held in jail due to unpaid money bonds must be released immediately.

Fact Check: False
The Briefing People Can Still Be Detained Pretrial What is the Pretrial Fairness Act? 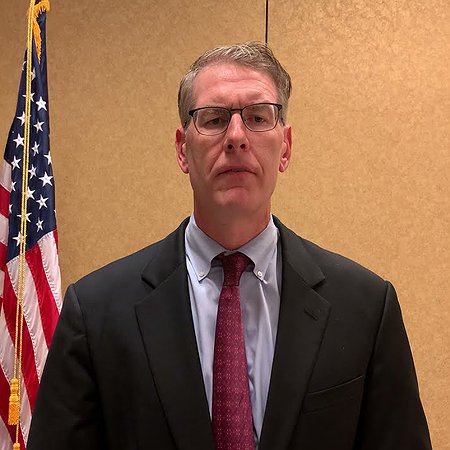 A common form of misinformation is that after the Pretrial Fairness Act’s implementation in January 2023, all individuals charged with murder who are currently being held in jail due to unpaid money bonds must be released immediately. Will County State’s Attorney Jim Glasgow employed this deliberate misrepresentation of the law during a press event when he claimed, “I’ve got 640 people in the Will County Jail. All of their bonds will be extinguished on January 1, and 60 are charged with murder.”

These points were echoed earlier this year by State Senator John Curran, who claimed, “a State’s Attorney who could not join us today told me that he currently has 48 accused murderers being held in the Will County Jail and come January 1, it is very likely that he will be unable to detain these individuals.” While Glasgow claims that everything following January 1, 2023, is “going to be literally end of days” and Curran tries to assure the public that he is merely warning us of the “very real and serious implications that this dangerous law is going to have if we don’t address these concerns,” both descriptions of the law’s impact lack any foundation in reality.

People Can Still Be Detained Pretrial

While the Pretrial Fairness Act does eliminate the use of money bond as a means to detain someone and mandates that most arrested individuals are given a chance to succeed on pretrial release, it does not eliminate the court’s ability to jail someone awaiting trial.

Section 110-6.1 of the Pretrial Fairness Act outlines the charges for which an individual can be denied pretrial release and outlines the process by which the state can seek detention. After the state petitions the court for denial of pretrial release, the court may deny release due to a safety threat to any person or persons on the basis of several charges, including the most common violent felonies, all sex-related charges, all domestic violence charges, and most forms of gun-related felonies. The full list is below:

All domestic violence charges (misdemeanor and felony domestic battery and violations of orders of protection); and

All non-probationable gun-related felonies (including all forms of discharge of a firearm, sale of firearms, and most forms of possession of a firearm).