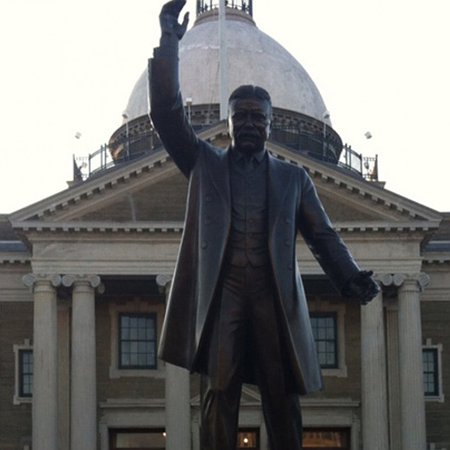 Nassau County’s Republican-led legislature held hearings on the new bail reform laws on February 13 and featured several speakers, who have already been exposed for lying and other misconduct to undermine pretrial justice reforms.

One of the speakers was Nassau Police Department Commissioner Patrick Ryder, who recently falsely linked a man’s murder to criminal justice reform (see our previous debunk). After Commissioner Ryder claimed without evidence that discovery reform was to blame for the tragic death of a state’s witness, he was later forced to admit there was no link. (Many reporters went a step further and inexplicably linked the tragedy to bail reform, even though the people facing charges were in fact in jail at the time).

Commissioner Ryder had also failed to acknowledge that New York’s new discovery laws are similar to the laws in a majority of states across the country and, like those laws, gives judges discretion to issue “protective orders” allowing witness information to be withheld in the very rare cases that it is needed. Moreover, publicly-available court records clearly showed that the witness’ identity remained under seal and was never provided the people facing charges.

Nevertheless, Ryder continues to spread misinformation regarding the new laws. At the hearing, he attempted to connect reform to a rise in crime, a point that has been thoroughly refuted by experts and has been addressed in previous debunk posts.

Assistant DA Jed Painter also testified. In addition to being a vocal opponent of criminal justice reform, Painter has been conducting trainings for police and prosecutors on circumventing the new statutes, discussed in the January 28 Debunk. At the February 13 hearing, Painter claimed witness protection requests between Jan. 1 and Feb. 12 were double the amount of requests that Nassau prosecutors received in all of 2019.

The hearing also featured the family of Jonathon Flores-Maldonado, a man who was tragically killed in a traffic accident on January 12. The other driver had a suspended license as a result of a drunk driving incident in 2017, and had been arrested twice prior to this accident for allegedly driving with a suspended license, a violation of his probation. The new law still allows for remand in cases where a person violates the terms of their prison or jail release with a new arrest, whether they are on parole or probation. Furthermore, the second driving arrest would have provided grounds to set bail under the new statute, even without considering that it was a violation of probation. Mr. Flores-Maldonado’s tragic death is being exploited by GOP officials to undermine bail reform as part of a continuing disinformation campaign.

Link here for coverage from the Long Island Press.