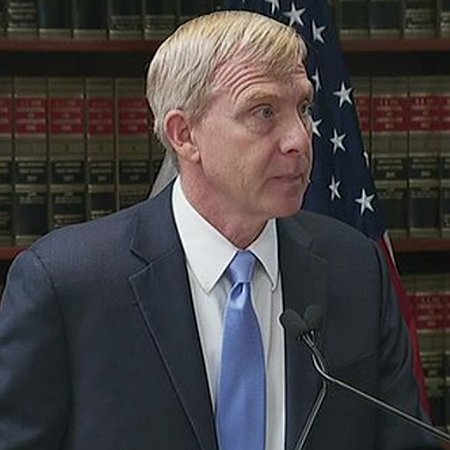 The New York Post misrepresents facts in this story regarding Tiffany Harris, who was arrested on two misdemeanor cases before ultimately being placed in a hospital to receive psychiatric care. The Post indicates that Ms. Harris was arrested on a third case, for “pinching a social worker,” which is untrue. The decision to issue and unseal the warrant for her arrest on federal charges is a publicity stunt by U.S. Attorney General William Barr and a misuse of federal funds to undermine New York’s bail law.

Not only does Attorney General Barr have a well-documented history of opposition to criminal justice reform, but he is a policy architect for mass incarceration initiatives.

Barr's record provides ample evidence of his prejudice against those impacted by the criminal legal system, particularly Black and Latinx people. He served as Deputy General and Attorney General for George H.W. Bush and helped escalate the war on drugs. He employs tough-on-crime rhetoric to justify mass incarceration through language such as “more prisons or more crime.” He signed off on a DOJ report titled The Case for More Incarceration. He denies the existence of systemic racism within the criminal legal system. He is on record stating that “people are treated equally in the system” and believes, against available evidence, that “if a black and a white are charged with the same offense, generally they will get the same treatment in the system, and ultimately the same penalty.” He has insisted that it is “simply a myth” that prisons held “sympathetic people” and “hapless victims of the criminal justice system.” He has expanded the indefinite detention of thousands of people seeking asylum in the United States. His positions on criminal justice are not backed by data, are draconian and punitive, and have no place in New York’s determination of appropriate practices regarding pretrial incarceration.

Lisa Schreibersdorf, Executive Director of Brooklyn Defender Services, stated: “I am appalled that Tiffany Harris is being used as a scapegoat for the fear-mongering surrounding bail reform. Ms. Harris is quietly in the hospital getting the treatment she needs. She is not endangering anyone. Many members of the Jewish community have spoken out against the use of incarceration in her case, including one of the victims. I don’t know how this can be seen as necessary or even humane.”