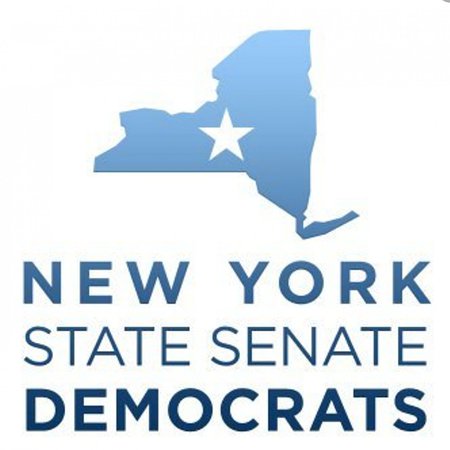 It is clear that the New York State Senate is hoping to jail its way out of mass incarceration. What they are proposing is not simply a tweak, but a massive step backwards from the old law New York, even allowing remand without bail on misdemeanor allegations. Their proposal is not “progressive” despite their assertions.

The Senate is doubling down on the race and class injustices they sought to help fix last year, now making pretrial freedom contingent on past criminalization and requiring judges to predict a person’s future behavior before they have been convicted of a crime, all of which will only perpetuate the New Jim Crow. We have seen that judges are not always impartial arbiters capable of merely calling balls and strikes. They bring prejudices and political considerations to the table, and under the Senate’s proposal would be given wide latitude to jail a person without the possibility of pretrial release.

Fundamentally, the Senate proposal seeks to redefine pre-trial detention as a tool of public safety when in reality it will only breed violence, despair, and a greater likelihood of being trapped in the cycle of arrests and incarceration. Democrats in the Senate are caving to pressure from pro-carceral lobbying groups, rightwing activists, and the GOP, all of whom have engaged in a misinformation campaign in an attempt to maintain the status quo of mass incarceration. Bail reform was intended to end the warehousing of people, mostly poor people of color, prior to any determination of guilt in their case. Put simply, that goal is being met, and it is not what opponents of reform want.

The laws that were passed after months of consideration and debate were in direct response to the stories such as that of Kalief Browder, who spent three years on Rikers Island over a false allegation of stealing a backpack. The trauma he experienced while caged for years without a trial killed him -- the rollbacks that the Senate is proposing would seal the fate of many others who find themselves in the same situation. This is a knee jerk, reactionary proposal that prioritizes politics over people, and it cannot be allowed.

Link here for a letter from the NYC Bar to Governor Cuomo, Senate Majority Leader Stewart-Cousins, and Assembly Speaker Heastie.

Let’s call it what it is – classic fear-mongering by tough-on-crime proponents – who refuse to admit that money is used to unfairly keep Black and Brown people locked in cages. It is the same tactic used across the nation to stop progressive criminal justice legislation aimed at ending mass incarceration. For decades, cash-bail criminalized poverty, destroyed lives and made New York's Black and Brown communities less safe. New York took the right step towards righting decades of wrongs by leading the charge to become a national model for progressive pre-trial justice reformfor states across the country. We strongly urge the New York legislature to protect the new pretrial justice reforms which combat race- and wealth-based pre-trial detention, keeping New York on the path towards a more fair and equitable criminal legal system.

Judges in New York State have always treated Black people worse than White people regardless of the charges -- this proposal gives them a license to discriminate and lock up more Black people in jail. I can’t believe that Democrats want to do that. If they think this is going to help their elections, they are crazy. This is going to discourage young people, Black people, and progressives from voting at a time when we need huge changes here in New York and at the Federal level.

The State Senate Majority’s proposal puts politics over people by not only rolling back the critical and long-needed reform that they endorsed and championed only a few months ago, but creating a much more regressive system for pre-trial detention.

If enacted, this proposal would dramatically increase the number of people languishing in jail who are presumed innocent. It would create a system where even innocent people would be incarcerated with no chance of release, even if their families and friends were able to post a bond for them.

Even worse, it presumes that judges, prosecutors and, potentially, algorithms, can predict the behavior of other people, something that is proven impossible. This will result in injustice for everyone in New York and will certainly end up exacerbating racially disparate outcomes.

As attorneys for the people whose lives and families would be destroyed by the legislation, we adamantly oppose any changes to the bail law as it is written. These proposed changes give credence to the fear and hate-mongering that has pervaded the public discourse about bail and pre-trial detention in general.