NYPD preemptively and falsely blamed their own failure to prevent or solve a store robbery on reform. The storeowner–unfortunately and through no fault of his own–believed them. 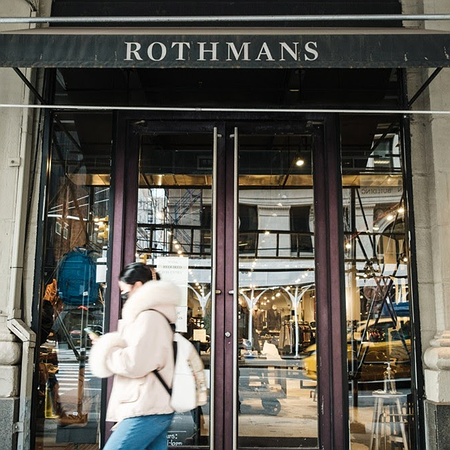 This op-ed is a classic example of police passing the buck on their failures to modest reforms. Storeowners in Manhattan say that their shop was broken into and stolen from in two separate incidents by the same group of people, who have not been identified by the NYPD or prosecutors. Police preemptively blamed their own failure to address this harm on reform. The storeowner–unfortunately and through no fault of his own–believed them.

There is no information tying any people suspected of participating in these thefts or their actions to any reforms described in the article. Bail, discovery, and prosecutorial reforms did not affect this case. The thefts occurred–and were neither prevented nor solved–under former Manhattan DA Cyrus Vance, whose office sent more people to Rikers Island and City jails than prosecutors in any other borough, and under the same NYPD who is equally as empowered as ever to make arrests.

Still, the newly-elected DA Alvin Bragg is identified, without proof, as having a role in similar incidents by announcing data-backed plans to reduce the instances where his office will seek to incarcerate people it charges. Incarceration compounds harm, and does not prevent crime. Data clearly shows that public safety increases alongside reduced rates of incarceration.

As we see repeatedly in negative stories about reform and echoed in perceptions such as this op-ed, interested pro-incarceration parties, like the police, find a convenient scapegoat in reform and a willing audience in people who are primed to take their word about public safety concerns. The NYPD itself has kept decades of data that support the conclusion communicated to the storeowner–that the police will not fix his problem–but intentionally lied about the reason this is true.

The police have failed to identify any of the individuals involved, which is a common outcome for thefts investigated by the NYPD. These statistics are kept as “clearance rates” by police departments. Clearance rates are not the same as “solved” crimes; cases are reported as cleared when an arrest is made, including of a later-exonerated person, and for other reasons including the death of a suspect.

According to the NYPD’s own data, the major crime index clearance rate was 21% in the final quarter of 2020, meaning an arrest was made or a case was otherwise closed in roughly one out of every five cases. In Manhattan during this period, just 14.8% of larcenies and less than half of all burglaries were cleared. These numbers remain fairly consistent over time, even as crime rates fall. While the 2019 Q4 clearance rates were slightly higher, the NYPD also reported an impossible 116% homicide clearance during this period.

The underlying story here is the inefficacy of policing to address harm. Crime rates, which are also kept and defined by the police, continue to show a direct correlation between falling rates of incarceration and increased safety. Despite its $11 billion budget, the NYPD has never been good at preventing crime or even solving it when it occurs. Police cause greater financial loss by seizing people’s money and property than all commercial and residential burglaries combined, and the costs of the latter can often be recouped. Police spend just 4% of their time addressing “violent crime,” and, in any event, these efforts do not prevent future harm or address its root causes. Policing fails to improve the quality of life of New Yorkers while commanding an outsized portion of a budget that could be used to do just that.