The New York Post continued to fearmonger and lie about bail reform amid a tragic killing on the subway last week, publishing an editorial falsely tying the incident to modest reforms.

Fact Check: False
The Briefing Bail reform did not affect violent felonies Bail reform is not connected to any short-term increase in violence Jail is not an effective public safety measure Bail reform and investments in our communities keep us safe 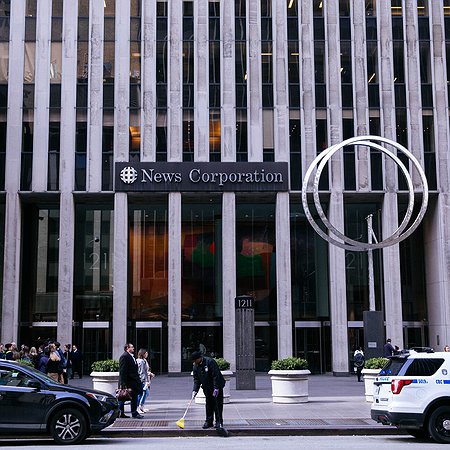 The New York Post continued to fearmonger and lie about bail reform amid a tragic killing on the subway last week, publishing an editorial falsely tying the incident to modest reforms.

The editorial claims that the man alleged to have committed the crime, who was on pretrial supervision for separate charges at the time of the crime, was initially released because of “reforms.” This is false.

As covered a Briefing on Friday, the man, Alvin Charles, was arrested and charged with attempted murder in 2021 following a separate alleged attack. Attempted murder is one of the highest level violent felonies under New York law. As with all violent felonies in New York, judges have always had authority to (and routinely do) set bail. In Mr. Charles’s initial case, prosecutors asked for bail to be set at $50,000. The judge apparently opted for supervised release. To repeat: Bail reform did not change a judge’s discretion to set bail for violent felonies. Bail reform only applied to the lowest level offenses in New York. Mr. Charles’s initial release in 2021 had nothing to do with bail reform.

Yet facts did not (and never do) stop the Post from blaming bail reform and other modest changes for a “tide of violence” in New York. Let’s be clear: there is no “tide of violence” connected to bail reform. In New York City, incidents of violent crime are at historic lows.  Rearrests for alleged violent crimes remained exceptionally rare after bail reform was enacted, just as before. And despite the Post’s investment in baselessly blaming modest reforms and alternatives to policing, prosecutions, jails, and prisons for every societal failure, investments in policing, prosecutions, jails, and prisons remain higher than any other society in the history of the world.

Jail is not an effective public safety measure

Everyone deserves to feel safe. But carceral, harmful policies like the ones the Post advocates for in their editorial, have been proven over time not to make us safer. Incarceration is expensive, ineffective and harmful. Sixteen people have died in 2022 at Rikers Island, where legally innocent people are caged before their trial. Pretrial incarceration – even for short periods of time – exacerbates drivers of crime. By destabilizing and disrupting people’s lives, pretrial incarceration increases the likelihood of future arrests and undermines the health and safety of individuals, families, and their communities.

Bail reform and investments in our communities keep us safe

In contrast, bail reform upholds freedom, protects public safety and saves taxpayer dollars. Pretrial arrest rates are almost identical pre- and post-bail reform. In New York City, a higher percentage of defendants have returned to court since bail reform than during a four-year period before the law went into effect.

Our safety is protected when we invest in mental health resources, community-based violence prevention programs and crisis stabilization centers, not police, prosecution and jails.