The vice president of New York City’s Transport Union added to the misinformation campaign about bail reform in New York by falsely scapegoating reform for a recent alleged attack by a New York man against a subway worker. 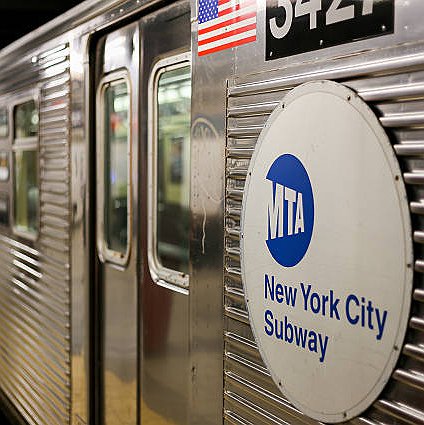 The vice president of New York City’s Transport Union – Robert Kelley – added to the misinformation campaign about bail reform in New York by falsely scapegoating reform for a recent alleged attack by a New York man against a subway worker. Kelley misrepresented the man’s arrest history, dehumanized the man by claiming without evidence that he had been responsible for “40 beatings,” and cited his repeat arrests as reason to change the existing bail laws. Beyond Kelley’s lies about this man’s history, this case has nothing to do with bail reform.

Despite the calculated effort to undermine the success of bail reform by scaring people with a sensational and rare case of violence, the man who was arrested was not released under bail reform, nor rearrested while on pretrial release for another case. Indeed, under bail reform, the man is currently detained on $5,000 in bail at Rikers Island, where 16 people have died in 2022 alone. The man’s current charges – like all violent felonies and many misdemeanors and non-violent felonies – remain bail eligible.

Contrary to Kelley’s claims in his recent interview, bail reform has been a resounding policy success, one that upholds freedom, public safety, and fiscal responsibility. Pretrial arrest rates are almost identical pre- and post-bail reform. A recent report shows that just 2.4 percent of people released were rearrested on a violent felony—meaning 97.6 percent of defendants were not. In New York City, a higher percentage of defendants have returned to court since bail reform than during a four-year period before the law went into effect. There is categorically no connection between the increase in crime and bail reform.

The safest communities have the most resources, not the highest incarceration rates. A safer New York City requires greater public investment in violence-intervention programs, mental health services, education, housing, healthcare, and the public transit system that already makes the city so accessible to many. Spending millions of taxpayer dollars to send police, who are ineffective at preventing the root causes of or solving violent crime, to patrol stations is not the solution.

Jail is not an effective public safety measure

Kelley also failed to offer any evidence that the man’s criminal record indeed contained “40 beatings,” instead suggesting law enforcement should just disregard due process rights enshrined in the Constitution and “lock him up and throw away the key.”

If we truly care about public health and safety, we need to follow the facts and data, not fear. We know that the carceral policies Kelly advocated for can exacerbate drivers of crime. By destabilizing and disrupting people’s lives, pretrial incarceration increases the likelihood of future arrests and undermines the health and safety of individuals, families, and their communities. If jail were an effective public safety measure, people would not continue to commit crimes after release.

A person’s repeated contact with the criminal legal system is a sign of the system’s failure, not a sign of the need for increased contact. As Dr. Jonathan Giftos, the former Clinical Director for Substance Use Treatment in NYC jails, states, “We have to stop blaming bail reform for failures of our social safety net and we must recognize the previous approach failed in much more traumatic ways.”

In a similar incident from 2020, where a man’s 137-case-long history was exploited to discredit bail reform, Dr. Ross MacDonald, the chief medical officer for healthcare services in New York City jails, noted that if 137 arrests would not deter this man, the 138th wouldn’t either. Each arrest costs thousands of taxpayer dollars while doing nothing to address the probable root causes of such behavior: unstable housing, substance use disorders, mental illness, cognitive impairment, and/or trauma.

As Dr. MacDonald explained, “The money spent on 138 arrests could have paid for permanent supportive housing about 110 busts ago, but here the media advocates for a return to a policy that is literal insanity—expecting the 139th or 140th to be the one that fixes his problem.”