The New York Post fearmongered about shoplifters and bail reform while misrepresenting the law’s impact on a person with 167 prior arrests. 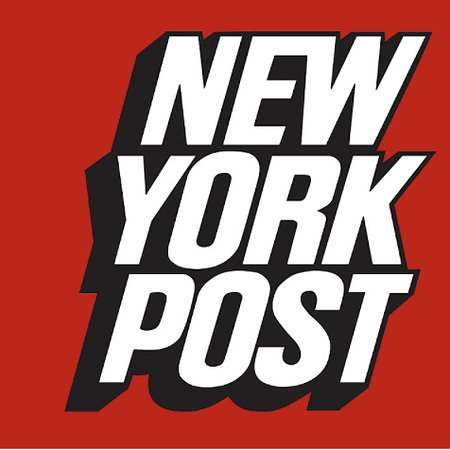 The New York Post fearmongered about shoplifters and bail reform while misrepresenting the law’s impact on a person with 167 prior arrests. Although the article says that the person’s case was not bail eligible, it is immediately clear that the case was bail-eligible, and that bail was set. The article immediately describes a judge deciding to set bail in the case at issue.

Importantly, this person’s repeated arrests demonstrate the system’s failure to address any of the underlying circumstances leading to constant cycles in police and state custody. Despite the revealing statements from police about “frequent flier miles due to bail reform” in this article, the issues the person has been facing clearly far pre-date the arrests that came after the implementation bail reform—and were not addressed through a more punitive pre-trial approach.

Even if a person is charged with a crime that is not always bail eligible, they may still have bail set if they are arrested again while free pre-trial and accused of any crime that involves harm to a person or property. This “harm plus harm” provision has been broadly interpreted by judges to include low-level, misdemeanor charges such as petit larceny, as was the apparent case here.

The article further misleads readers by referencing other unrelated stories, such as the case of the man accused of the brutal murder of Christina Yuna Lee in Chinatown, despite repeated confirmation that this case was likewise not connected to the bail reform law. That case also implicates systemic failures, such as lack of meaningful responses to mental health issues that extend beyond repeated criminalization and compounded harm.

This article details the man’s history of convictions, stating that he has been convicted of dozens of low-level crimes. A person’s repeated contact with the criminal legal system is a sign of the system’s failure, not a sign of the need for increased contact. As Dr. Jonathan Giftos, the former Clinical Director for Substance Use Treatment in NYC jails, writes, “We have to stop blaming bail reform for failures of our social safety net and we must recognize the previous approach failed in much more traumatic ways.”

When discussing a case from 2020—where a man’s 137-case-long history was exploited to discredit bail reform—Dr. Ross MacDonald, the Chief Medical Officer for healthcare services in City Jails, went further. MacDonald noted that if 137 arrests would not deter this man, the 138th wouldn’t, either. Each arrest costs thousands of dollars, likely costing the public a hefty fortune while doing nothing to address the probable root causes of such behavior: unstable housing, substance use disorders, mental illness, cognitive impairment, and/or trauma. “The money spent on 138 arrests could have paid for permanent supportive housing about 110 busts ago, but here the media advocates for a return to a policy that is literal insanity—expecting the 139th or 140th to be the one that fixes his problem.”

The defense attorney in this case stated that the man has a significant mental health history, as is common among people who have repeated contact with the legal system. Not only will repeated or long-term incarceration fail to address his symptoms, but these contacts can exacerbate underlying conditions. People who are experiencing mental illness do not receive the treatment that they need in jail or prison. Many individuals experiencing mental illness, particularly Black and brown New Yorkers who are also unhoused, are continuously failed well before they fall into a cycle of incarceration and criminalization. Public safety for everyone means investing in and building out these programs, not relying on failed policies that do not prevent harm.

In order to focus on the root causes of harm, we must avoid demonizing and hurting people who experience mental health issues. At least half of all people in United States prisons are estimated to experience mental illness. But they are also more likely to be impoverished and unhoused (roughly a third experience serious, untreated mental illness such as schizophrenia). People with mental illness are also significantly more likely to be the victims of violence and other harm.The response to people who continually experience the criminalization of their mental health symptoms should be to increase healthcare and meaningful access to services and resources, not to further incarcerate and punish.

Mental Health and the DOC

The Department of Corrections is currently in violation of a court order which mandates basic healthcare access for incarcerated people after they were shown to have violated the constitution and the human rights  of people in their custody. The case was brought by public defenders on behalf of people who had not received adequate healthcare during the COVID-19 crisis, but the problem far predates COVID. NYC has been renowned for its cruelty to the physically sick and people experiencing mental health issues.

In 1999, people experiencing mental illness in custody sued the Department of Corrections its regular practice of releasing people with acute mental illness from jail at the end of their incarceration in the middle of the night with no resources and only $1.50 for a bus ride. The case was Brad H. v. City of New York and individuals who have a mental health diagnosis are now labeled “BRAD-H” by the DOC. Yet since Brad H, the DOC has repeatedly refused to comply with even the most basic requirements to at least provide a discharge plan and mental health referrals for people in their custody. They have been repeatedly sued in failed attempts to bring them into even minimal compliance with these orders, most recently in 2021. Litigation is ongoing.

Roughly half of all incarcerated people in DOC custody are designated as BRAD-H. Even more suffer from undiagnosed mental illnesses, and these issues often become worse while they are neglected, traumatized, and stigmatized through incarceration before leaving jail. Ensuring that more people experiencing mental health crises can be incarcerated is counter to the goal of public safety.